The Recovery Plan for Europe: a green wave for the real estate sector 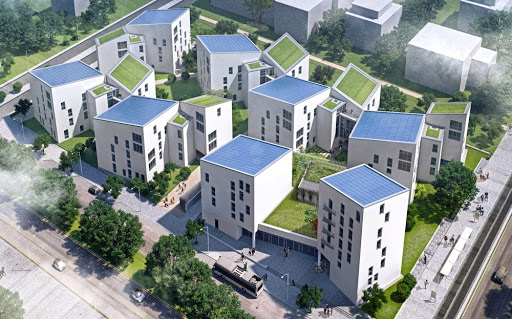 Europe’s economic response to the COVID-19 crisis took shape in July: the European Council approved the Recovery Plan for Europe, the so-called NGEU, via which the European Union will grant up to 750 billion euros to its member states to stimulate their economic recovery after the shock of the pandemic. This is an unprecedented agreement and it could have a considerable impact on Europe’s real estate sector since one of the EU’s main goals, to which this Recovery Plan aims to contribute significantly, is to reduce greenhouse gas emissions by 55% by 2030 compared with 1990 levels. It is clear that renovating Europe’s buildings, which are responsible for 40% of the continent’s energy consumption, will be key to achieving this climate target.

How the Recovery Plan works and the climate challenge

Between 2021 and 2026, the main component of the NGEU, the Recovery and Resilience Facility, will allocate up to 312.5 billion euros via grants and 360 billion in loans to member states, depending on their size and how severely they have been affected by the COVID-19 crisis. According to the European Commission’s own estimates, Spain and Italy may receive around 60 billion euros (4.8% and 3.7% of their GDP, respectively)1 from the Facility; France, approximately 30 billion (1.3% of GDP); Portugal, 13 billion (6.2% of GDP) and Germany around 20 billion (0.6% of GDP). To access these funds, EU countries must draw up National Recovery and Resilience Plans and specify both the investment projects they will finance with the funds and the reforms accompanying them. These projects and reforms should contribute to four general goals: i) Promote economic, social and territorial cohesion in the European Union, ii) Strengthen economic and social resilience, iii) Mitigate the social and economic impact of this crisis, and iv) Support ecological and digital transition. In addition, each recovery and resilience plan should also allocate a minimum of 37% of its expenditure to climate-related aspects.

Europe’s NGEU Recovery Fund has a large amount of funding

The European Commission has identified the renovation of Europe’s buildings as one of its priorities for the ecological transition. More than 200 million buildings, representing 85% of Europe’s total, were built before 2001 and most of them are not energy efficient. The following chart shows that in many countries, especially Spain, there is still much work to be done to improve the average energy efficiency of housing. The current renovation rate is too slow to meet the target of reducing emissions by 55% by 2030. According to the Commission, around 90 billion euros per year of European private and public investment is required to achieve the target renovation rate.

In view of this situation, the European Commission recommends that renovating housing be one of the priorities of the national recovery and resilience plans. Such renovations could simultaneously help to achieve the two European goals of ecological transition and digitalisation of the economy, for instance through “smart” buildings that are more energy efficient and can even produce their own energy.

As a result, Germany, France and Spain have already announced a number of renovation projects which they hope to finance via European funding. In Germany, the government has stated that it would increase funding for its energy renovation programme for buildings from the initial 1.5 billion to 2.5 billion euros, and has also announced the creation of a new 2 billion euro programme to adapt municipal buildings applying climate-friendly criteria. France’s Plan de Relance includes 6.7 billion euros between 2021 and 2022 to renovate private housing, SME premises, public buildings and social housing.

The following article looks at how Spain will use these European funds to finance a drive to renovate its buildings.